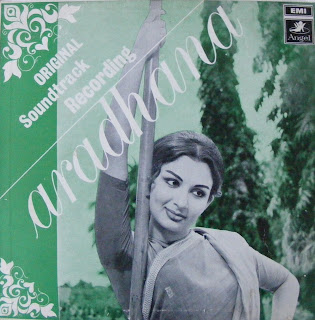 Aradhana is a very pleasant soundtrack! But, just when I was going to admit to finally really liking a S. D. Burman soundtrack, I found out about S. D. Burman, who was ill during the recording, who let R. D. Burman record some songs himself. The two hits "Roop Tera Mastana" and "Mere Sapnon Ki Rani" are all Burman junior, hip and young, yet all the credit "officially" goes to S. D. Burman. 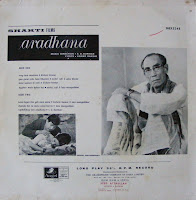 Raju Bharatan, writer for the Hindustan Times, explains why this is: "That was the norm in our films then. That, first, two songs of a production had to be recorded -- as the launching-pad. Plus the news of such a recording had to appear as a published item in an industry-respected paper like the weekly Screen. Only after that would finance for a film flow. So it was as finance for Aradhana was set to flow that SD fell ill." excerpt from The Aradhana Syndrome by Raju Bharatan (click on the title to read full article)

The first two songs, and the only ones recorded by Burman senior, were two duets "Gun Guna Rahe Hain" and "Baghon Mein Bahar Hai", who's male vocals were both sung by Mohd. Rafi. But the two hits which were also picturised on Rajesh Khanna were the memorable and my favourite songs, "Roop Tera Mastana" and "Mere Sapnon Ki Rani" sung by Kishore Kumar.
Besides this being a good record, Aradhana is also an important marker in showing the shifting of popular style in Hindi film music. This soundtrack is an exception as it includes the hit making team of Mohd. Rafi and S. D. Burman, and the future hit makers Kishore Kumar and R. D. Burman. The second who had already defined his style composing for Teesri Manzil in 1966 would surpass the firsts popularity with legendary albums as Kati Patang, Caravan and Hare Rama Hare Krishna about a year after the release of this album.

But one track I enjoy is the trademark S. D. Burman solo "Saphal Hogi Teri Aradhana" Other ones are also found in classics like Guide in 1965 and Amar Prem in 1971 (although the last was composed by R. D. Burman). These songs bring a very earthy or organic feel that, takes us from the filmi illusion of life to a more and more down to earth emotional connection. I think one of S. D. Burman's fortes.
A remix of "Roop Tera Mastana" from the 90's and 2008's "Phir Milenge Chalte Chalte" from Rab Ne Bana Di Jodi starring Sharukh Khan has the intro of "Mere Sapno Ki Rani" in Priety Zinta sequence.
Tracks:

Get the music now: S. D. Burman Aradhana (link to Music From the Third Floor, because my computer is broken.)
Posted by Stella_1 at 4:24 PM 11 comments:

I know, I know, but I couldn’t resist, my obsession is growing up and this really feels like a turning point in the history of the Hindi film industry. And I could not resist in partaking in this glorious moment. I will only occasionally post film reviews, only when I can’t deny the temptation.

After a mentally challenging Hindi class (I started Chapter 3 in Snell) and a spontaneous solo birthday (I’m 22 today) celebration....um....I mean a reason to “enrich my Hindi vocabulary”, I decided to head to the theatre and check out Luck by Chance directed by Farhan Akhtar’s sister Zoya Akhtar. Even after spending 26 $ just for the ticket, a medium popcorn and drink, I didn’t waste my money and I was really really glad that I went. Luck by Chance is part of a new breed or cinematic genre that I feel will one day define this new age in Indian Cinema. It will not be called Bollywood, Masala or Parallel Cinema but rather, the term, Hindi Film (made in the Hindi Film Industry as Dimple Kapadia’s character so strongly insists). This film deserves some recognition for raising the bar by offering more than simple entertainment while still keeping people entertained. A great thing about this film is how it interestingly pair’s top Bollywood entertainers (Hrithik Roshan, Rishi Kapoor, Juhi Chalwa, Etc) and actors (Farhan Akhtar, Konkona Sen Sharma etc) in the same movie. The characters become more complex and interesting as the line between the two categories (entertainers and actors) delightfully shifts and blurs throughout the film. One of my favourite examples of this is the short Zaffar Khan (Hrithik Roshan) sequence when street children run up to the film stars car and he rolls up the window. The glass separates or rather isolates him from the real world. A traveling shot into the inside of his car shows him looking out of the window, we see his reflection in it and both the person and the image are in the frame. Ah! It’s so symbolic. Love it.


The main character Vikram Jaisingh (Farhan Akhtar) does not have much substance but one thing he is not, is the perfect hero. His character is a bit ordinary but that’s the whole point. He comes from Delhi (or it could have been from X, Y or Z), he wants to be an actor and, like all the other million young men who want to act in Bollywood, he is not more talented, more handsome or more qualified than anyone else. He is simply the one that won the refrigerator or, if you don’t understand that parallel, the one that became a star. This character’s “every guy” aspect is even shown visually in the film, especially when Vikram goes to his audition (and yes the color scheme is important like Nikki (Isha Sharvani) points out). Intentionally, everyone in the audition room is wearing black and they all look similar. Also, when the producer and casting director must pick a picture for the lead part all the photographs on the table look the same. Farhan’s role represents the every man trying to make it.

The characters that really bread life into the film are all the film personalities. My favourites have to be Rishi Kapoor playing the very lovable Producer and Dimple Kapadia who plays a has been 70’s star and an over protective mother that you just feel like slapping she’s so good, and even then you still sympathise with her. The producer’s wife played by Juhi Chalwa is a delight to watch and Isha Sharvani as a grownup child presents herself in a corky Amelie Poulain inspired "I like/ I don’t like" sequence. 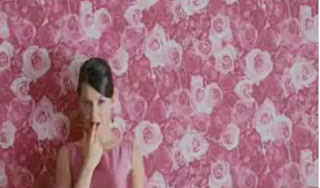 The two actors Sona (one of my favourite actresses Konkona Sen Sharma) and the cute Abhi (Arjun Mathur) carry the emotional charge of the film. Sona, Vikram’s girlfriend, tries to deal with her crushed dreams and her complicated relationship with Vikram. Abhi, on the other hand, is well settled and concentrates more on the art of acting than becoming a Bollywood star. Abhi is more talented than Vikram and does not approve of “the system” or the pre-packaged “Bollywood Bootcamp” (acting school, dance, martial arts, and cheesy photo session) which Vikram abides too. 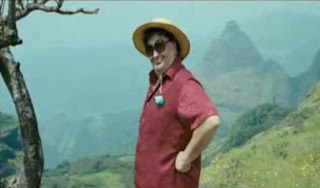 Om Shanti Om pays homage to the film industry and Luck by Chance does that too with Hrithik Roshan’s colourful dance sequence that reminds me of a mix between the Cirque du Soleil, Mera Naam Joker and Charlie and the Chocolate Factory , or one of the first scenes in the film with Aamir Khan who refers to his love interest as Kamla Devi who in actuallity is the founder of the National School of Drama. But mainly the film shows the reality of the behind the scenes. Although nothing shocking is announced, they're is just a confirmation of what everyone has already heard about. Like the casting couch or the gossip and media controversies. It deglamorises the whole Hindi Film industry, and that is maybe one reason why some people might not like the film. If you want escapism, watch Bollywood, not Luck by Chance.

This is looking like it’s going to be an amazing year for the Hindi film industry. Up next is Dev. D (feb. 8th) starring Abhay Deol, Ballu Barber (feb. 13th) starring Irrfan Khan and Laura Dutt + amazing Shahrukh Khan item numbers and Delhi 6 starring Abhishek Bachchan and Sonam Kapoor with music by A. R. Rahman (feb. 20th). I am going to see them all, but don’t count on me paying for 12$ popcorn every time.


Filmi Girl and Post Punk Cinema Club have already shared their thoughts on the film. I encourage you to go see Luck by Chance as there are different elements catered to everyone's tastes, so the whole family can enjoy.
Posted by Stella_1 at 1:24 AM 13 comments: