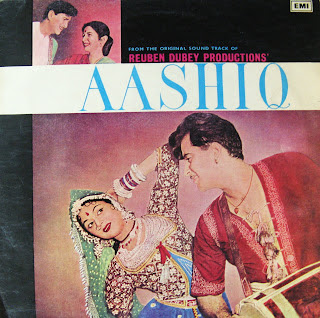 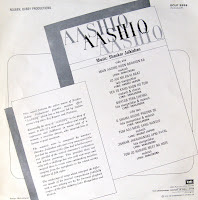 Get the music now: Shankar Jaikishan Aashiq
Posted by Stella_1 at 5:42 PM

Love the songs but hate the movie though I cant say its because of the bad camera-work (camera angles and image compositions need to hit me over the head before I even notice their exisetence!). In Hindi movies though, I find that songs and their picturisation dont match very often - either the song or the picturisation tends to disappoint! Thanks for a great soundtrack...

Oooh - I love this soundtrack - have the vinyl and the VHS!

You have eagle eyes. With regards to the clips, the film wasn't made like this. That youtube posting seems to be from a vertically streched source with the top and bottom chopped off. So the camera work isn't bad as the clips show. The movie is very good and defo worth a watch ... and to reiterate those clips are not a good representation of the original film.

Close my eyes? With Padmini in the clips? No way.

Best bharatanatyam dancer ever...yes, and that's only part of it. :)

I did wonder why the bottom seemed to be chopped off too much in some of the dancing - the stretched YouTube explanation seems right.

The soundtrack is very nice. I like Jis Desh Men Ganga Behti Hai more, but that is one of my favorites.